Wrapping in film can be done manually or automatically. Palletizers are used to mechanize the process of wrapping products on pallets with large packaging volumes. Due to the stretching of the material, it turns out to significantly save the packaging material. 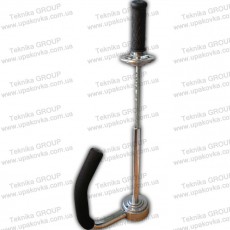 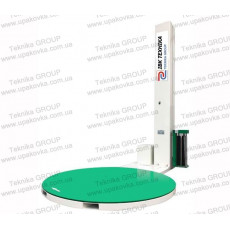 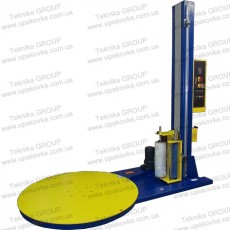 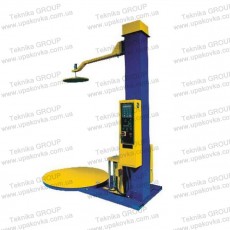 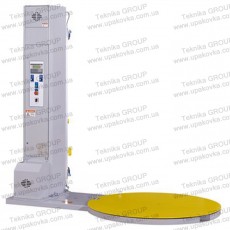 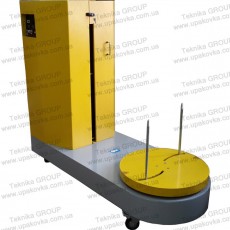 Pallet wrapper (palletizer) is an automated device for packaging products in film. This machine significantly speeds up the packaging process and simplifies the work of warehouse employees. Before wrapping the pallet with the product, the pallet packer stretches the film (stretch), lengthening it by 2-3 times, which can significantly save the packaging material, while the width of the film remains unchanged. Film packaging is a convenient and quick option to save any type of goods during transportation and storage.

The devices are used in factories, warehouses - for group packaging of beer, bags, boxes, at airports - for wrapping luggage.

The stretch-film packaging machine, in general, works quite simply: a pallet mounted on a platform rotates at a speed of 1-12 revolutions per minute. At the same time, the wrapper on the side winds the film, moving up and down. Some models are programmed for an additional winding of the top and bottom of the pallet.

Stationary palletizers are convenient to use if there is a separate packaging line or workshop. If the goods are packed directly in the warehouse or in the production room, it is rational to use a mobile pallet wrapper.

Packing pallets with stretch film is also possible without the use of expensive aggregates. For small enterprises or stores with a limited area, manual packaging equipment - dispensers is suitable. This device is simultaneously a holder, tensioner and unwinder of material.

Why should you buy a palletizer from us?